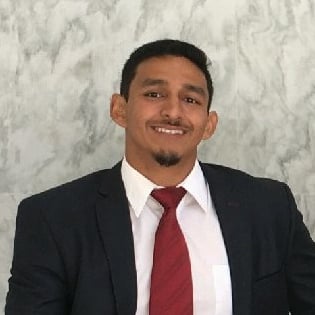 Brian Zamarripa Roman earned a BS degree in Physics from the University of Texas at El Paso, where he was involved in high energy physics. He received a MS in Physics from the University of Central Florida as a contributing American Physical Society Bridge Program Fellow. As an NSF Graduate Research Fellow and PhD Candidate at UCF, he addresses the social aspects of physics that marginalize underrepresented people in physics, including women and People of Color. He has served as the Student Representative of the National Society of Hispanic Physicists, Vice President of the UCF Physics Women Society. Zamarripa Roman continues his endeavors towards an equitable and diverse physics field as a Physics Education Researcher and active member of the American Association of Physics Teachers, where he functions as the PER Consortium of Graduate Students (PERCoGS) representative to the APS Topical Group on Physics Education Research Executive Committee(GPER-EC).