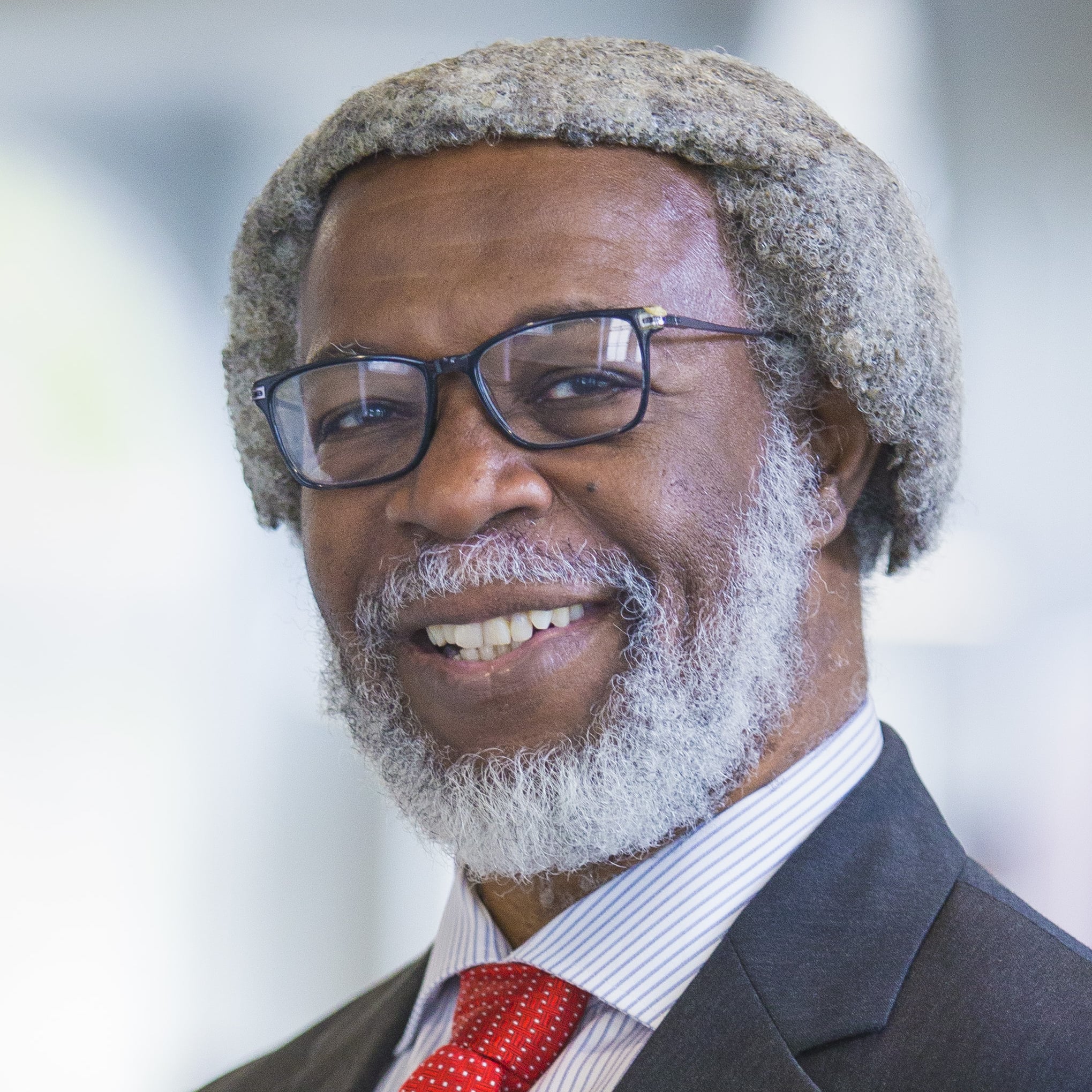 Sylvester James (Jim) Gates, Jr., PhD, (born December 15, 1950) is an American theoretical physicist. Gates received two BS degrees and a PhD degree from the Massachusetts Institute of Technology, the latter in 1977. His doctoral thesis was the first one at MIT to deal with supersymmetry. In 2017, Gates retired from the University of Maryland, and is currently the Brown Theoretical Physics Center Director, Ford Foundation Professor of Physics, an Affiliate Mathematics Professor, and a Faculty Fellow, Watson Institute for International Studies & Public Affairs at Brown University.

While at the University of Maryland, College Park, Gates was a University System Regents Professor, the John S. Toll Professor of Physics, the Director of the String and Particle Theory Center, and Affiliate Professor of Mathematics. Gates served on the U.S. President’s Council of Advisors on Science and Technology, contemporaneously on the Maryland State Board of Education from 2009-2016, and the National Commission on Forensic Science from 2013-2016.

Gates is known for his work on supersymmetry, supergravity, and superstring theory. In 1984, working with M.T. Grisaru, M. Rocek, W. Siegel, Gates co-authored Superspace, the first comprehensive book on the topic of supersymmetry. In 2017, working with Frank Blitzer and Stephen Jacob Sekula, he co-authored Reality in the Shadows (Or) What the Heck's the Higgs? In 2019, together with Cathie Pelletier, he co-authored Proving Einstein Right: The Daring Expeditions that Changed How We Look at the Universe.

In 2006, Gates completed a DVD series titled Superstring Theory: The DNA of Reality for The Teaching Company composed of 24 half-hour lectures to make the complexities of unification theory comprehensible to non-physicists.

In 2012, Gates was named a University System of Maryland Regents Professor, only the sixth person so recognized in the system’s history. He is a past president of the National Society of Black Physicists, and is a NSBP Fellow, as well as a Fellow of the American Physical Society, the American Association for the Advancement of Science, and the Institute of Physics in the U.K. Dr. Gates is also an elected member of the American Academy of Arts and Sciences, and the American Philosophical Society.

In 2013, Gates was elected to the National Academy of Sciences, becoming the first African-American theoretical physicist so recognized in its 150-year history.

On November 16, 2013, Gates was awarded the Mendel Medal by Villanova University “in recognition of his influential work in supersymmetry, supergravity and string theory, as well as his advocacy for science and science education in the United States and abroad.”

President Obama awarded Professor Gates the 2011 National Medal of Science, the highest award given to scientists in the U.S., at a White House ceremony in 2013.

During 2014, Gates was named the Harvard Foundation’s “Scientist of the Year.” In 2018, he was elected to serve in the presidential line as Vice President of the American Physical Society.

In 2019, Gates was invited to serve on the American Bar Assoc Steering Committee for the Annual Prescription For Criminal Justice And Forensic Science.

In 2015, Gates became a member of the Board of Directors of the Achieve, Inc. Gates continues to broadly engage video documentaries with appearances or cameos. Gates currently continues his research in supersymmetry in systems of particles, fields, and strings.