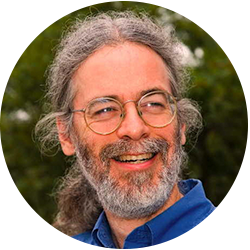 Theodore (Ted) Hodapp is the Director of Project Development and Senior Advisor to Education and Diversity for the American Physical Society (APS) in College Park, Maryland. Hodapp led the development of the APS Bridge Program, which is erasing the achievement gap for underrepresented minority students at the PhD level in physics, and now serves as Project Director of the Inclusive Graduate Education Network (IGEN). He helps lead a large NSF and APS-funded national program, the Physics Teacher Education Coalition (PhysTEC) that is increasing the quantity of highly-qualified high school physics teachers. He is Principal Investigator on several grants that support the APS Conferences for Undergraduate Women in Physics, which bring together nearly every undergraduate woman studying physics in the United States, and is currently leading the implementation phase of STEP UP, a national effort to increase the fraction of women earning undergraduate degrees in physics.

For his first 12 years at APS, Hodapp served as Director of Education and Diversity. Prior to this, he was Program Director at the NSF Division of Undergraduate Education, working with programs in curriculum development and implementation, teacher preparation, scholarships, education assessment, and digital libraries. Prior to the NSF, Hodapp was professor and chair of the Hamline University Physics Department in St. Paul, Minnesota. He served as chair of the Physics and Astronomy Division of the Council on Undergraduate Research, and is a Fellow of the American Physical Society and the AAAS.